Behind the scenes of the first Jellybean Games release 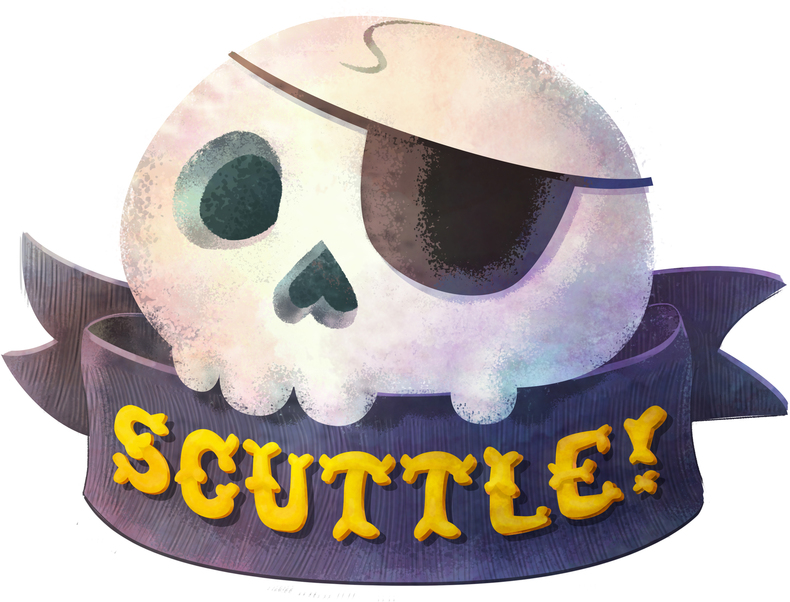 At the start of last year, I became obsessed with Kickstarter.

This isn't hard to do (especially if you're a board game designer) and there's dozens of resources online to feed the obsession. I read through the entirety of Jamey Stegmaier's Kickstarter Lessons website...twice. I read through all the updates of the 70+ Kickstarter projects I'd backed and I spoke to everyone I knew who had ever run a Kickstarter, successful or no.

One piece of advice stuck out to me: make your first Kickstarter project small.

That's not to say you shouldn't do something that you're proud of, a project that genuinely excites you. It just means that instead of running something with a million moving parts, two expansions, a dozen stretch goals and non-standard parts...maybe start with a card game.

And so I decided to put together a simple card-only game as my first project for Jellybean Games.

When I was a kid, my sister and I used to play a lot of card games. Not card games like Magic: The Gathering or Dominion, but games that only required a normal deck of cards. My family have long played a 2-player variant of the popular game 500 (in short: deal a 4-player game, play 2 of the hands, then play again with the other 2 hands. It's possible to card-count and the kitty is a bit rubbish the second time around, but if you're a kid who loves 500, it works fine) and when I was 15, I was looking around on Pagat when I came across Cuttle.

Cuttle is a 2-player card game that uses a standard deck of cards. My sister (who was 11 at the time) and I (15) fell in love with it, and we've been playing it ever since. I've taught it to maybe two dozen people over the years - it's a really great "have a deck of cards? Let me teach you this"game.

The game's biggest weakness has always been the learning curve. I long ago memorized what each card does, but teaching it to someone new always means writing it out and spending the first three or four games with them checking the sheet every time they draw or have to play a card.

Once you get it, you get it - and it never really leaves you - but if you're trying to introduce someone to a quick card game, the 10 minutes of "writing out the rules" really slows the whole process down.

The game is simple, quick, and I personally wanted it to exist as a standalone card game (with the instructions for each card written on the card).

Basically: it was the perfect candidate for a first Kickstarter project.

Cuttle has never been a perfect game. But its flaws are pretty easily forgiven, largely because of how fast it goes. I've never seen a game go more than 5 minutes, and playing again is really easy - discard your hand, draw another 5 cards each, and you're good to go.

The rules are fairly simple: First to 21 points wins, and every card from Ace to 9 can be played either as points or for a special ability. Aces clear all point cards from the table (for both you and your opponent), fives let you draw two cards, etc etc. Tens can only be played as points, and the face cards - Jack, Queen, King - can only be played for abilities. Queens protect your cards from being affected by opponents, Jacks steal a point card from an opponent, and Kings mean that you need fewer points to win.

Perhaps because my sister and I aren't particularly competitive, we've never even kept track of wins.

Once I had a mind to publish it, however, I decided to try to break the game. Casually playing a game as a kid is quite a different experience to playing it as an adult with the intent of ruining it, and it wasn't long before I'd worked out that one of the core mechanics - "scuttling" - was distinctly broken and unfun.

In Cuttle, scuttling is one way of preventing your opponent from winning. As you obtain points, they sit in front of you until you reach 21. As your action in a turn, you can draw a card, play a card (as points or for its ability) or scuttle - play a point card on top of a point card of a lower value, sending them both to the discard.

It can't be countered, it can't be prevented, and even the cards that normally protect your point cards can't stop it.

If you're about to lose, you can almost always prevent it by scuttling, and if you decide to exclusively spend your time scuttling your opponent's cards, you can make the game drag on almost forever.

It could be argued that "doing nothing but scuttling" is not the optimal way to play, but that doesn't matter - if a game rewards one person for ruining the whole experience, that's a problem. Scuttling your opponent's cards feels good, and it stops them from achieving victory.

On top of those downsides, it was tricky to explain and rarely affected the game positively. It wasn't a hard decision to cut it.

The other problem was sevens and nines.

Seven: Play the top card of the deck.

As a kid, my sister loved sevens. It was like rolling a die; the thrill of not knowing what was going to come up meant that she would always, always play a seven for the ability.

From a game design point of view, however, it's a bit shit. Your odds of getting something useful are pretty slim, especially when compared to the direct benefit of "getting a third of the way closer to victory".

I can see where they're coming from, but I disagree. Sometimes playing a seven for the random card is exactly the hail Mary that you need to stop your opponent from winning; sometimes that two or three is exactly what you need to put you over the edge to victory.

But, more importantly: the alternative is clearly worse. If every high-value card had a great ability and every low-value card was rubbish, you'd have more difficult choices to make...but the game would often be determined by your initial draw. (I've played games like that. They're not fun.)

So I had to tweak sevens and nines while ensuring that they:

Remembering how much my sister had loved sevens, I really resisted changing it for a while. But every single new player who I showed the game to had the same reaction, and I was the only one ever playing it for its ability (like I said; it's contagious). Eventually I went with:

Seven: Draw a card and then play any card from your hand.

As a competitive adult, I'm only going to play it in certain circumstances (which is the right power level), but as a kid it feels powerful. You get to play it and then draw a card and then play another card! Wicked!

Nine: Return an opponent's card to their hand.

Everyone who I'd ever taught Cuttle to had asked the same question, once taught what a nine did - "What's the point?" With a bit of effort, a corner case could be devised when it was useful, but I never actually saw that come up in real life.

(The corner case: Jacks can be used to move point cards from your opponent's side to yours, and then stay on the card to protect it. If you've had that done to you and you have a Jack in hand, you can use a nine to make your opponent take their Jack off your stolen card, and then next turn play your own Jack to steal it back. Yeah - it didn't come up much.)

I played around with different ways of creating the same feeling, but eventually decided to go in a different direction: one based on theme.

More on that next time.

Up next: Scuttle! Design Diary - Part 2 - Theme and Expansions